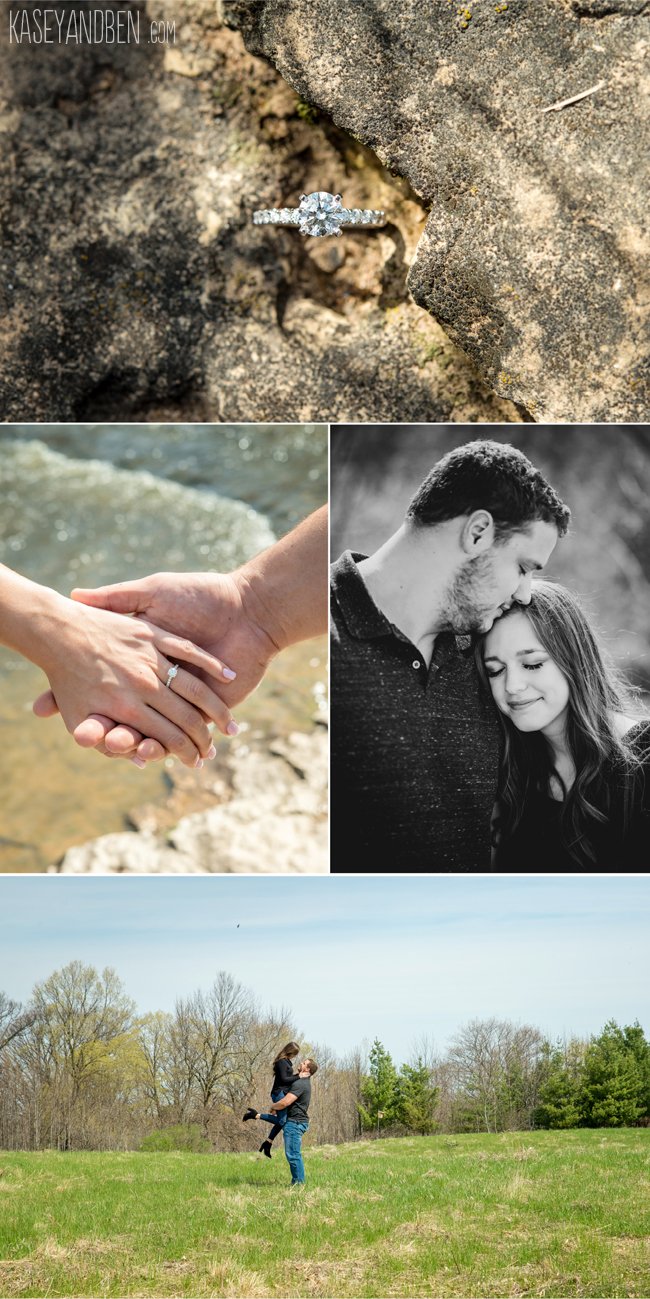 There are few really good surprises in life, but engagements are one of them. When Gerhard called us a few days before Kelsey was due to arrive in Green Bay, he knew he wanted to propose in front of a waterfall with a view. He thought Kelsey would love the natural surroundings and that it would mean the world to her to have it photographed. Gerhard and I met up in person, chatted about locations, then scouted Fonferek Glen for the perfect spot. He chose to pop the question right in front of the waterfall with the fullest view of the space.

The big day came and Ben and I arrived a half hour ahead to set our light, plan our angles, and tuck away in brush and trees. When they arrived, Gerhard texted to let us know, and just a few minutes later, there he was, down on one knee in front of Kelsey! She said yes, and as soon as the ring was on, she jumped into his arms!

Kelsey and Gerhard are so down-to-earth and incredibly sweet. Gerhard is in town playing for the Packers and Kelsey is back at their home in Arizona finishing school. Having a long-distance relationship and demanding careers is difficult, but they take it in stride. They are both heart-on-their-sleeve people and so very in love. We were honored to get to know them both and be a part of their proposal story. Congratulations, Gerhard and Kelsey!