Iâ€™ve been doing my best to sort through thousands of photos and think about how to share our recent travels with you. In an attempt to organize my thoughts, I am just sharing about Paris in this post, and I promise pictures from Marseille and Germany soon.

IÂ wish there was a way I could bring with me more than the images we took – tastes, sounds, and smells too – so that I could fully describe what it was like to sit in a Parisian street cafe at night with a glass of wine people-watching. Â Or maybe what it was like to walk along the Seine, espresso in hand, and be surprised by a Victory Day parade rounding the corner of Notre Dame. Â There was train hopping, monument climbing, museum wandering, and lots and lots of food.

I feel like I have been waiting for Paris forever. Â There was a class trip when I was 17 that was cancelled due to lack of interest (apparently my overwhelming level of interest didnâ€™t make up for low enrollment), and a few years after that there was a holiday in England with promises of New Years celebrations in Paris (to no end). Â It had evaded me, and I, like so many others, was in love with the enchanting idea of The City of Light. Â When we met American expatriates in our travels, they said the same thing: they were simply drawn to Paris, lured in by the idea, in love with the reality, and decided to stay.

We rented a little apartment in the St. Germain arrond. Â It was small and white with a large window that opened to a courtyard. Â Outside the building, the street was lined with cafes, crepe stands, restaurants, and a short walk away was the Seine River. Â I loved the museums – seeing amazing works of art that I spent so much time studying in college, and stumbling upon pieces I hadnâ€™t seen before and adored. The symmetry of the gardens and monuments was beautiful, and nearly everything we ate was incredible. Â The serenity of dinner where each part was meant to be savored (conversation included) suited us well. Â We loved the hush of nearby tables chatting amongst themselves mixed with the buzz of street noise and the romance of simply having the opportunity to experience Paris. 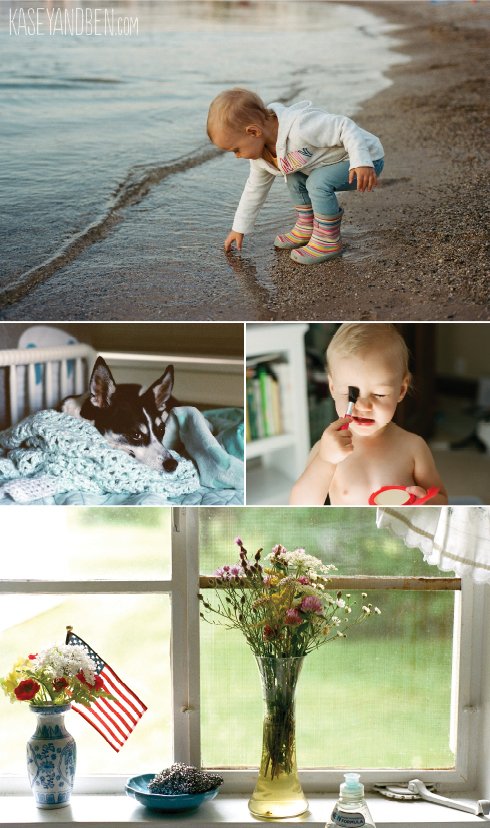