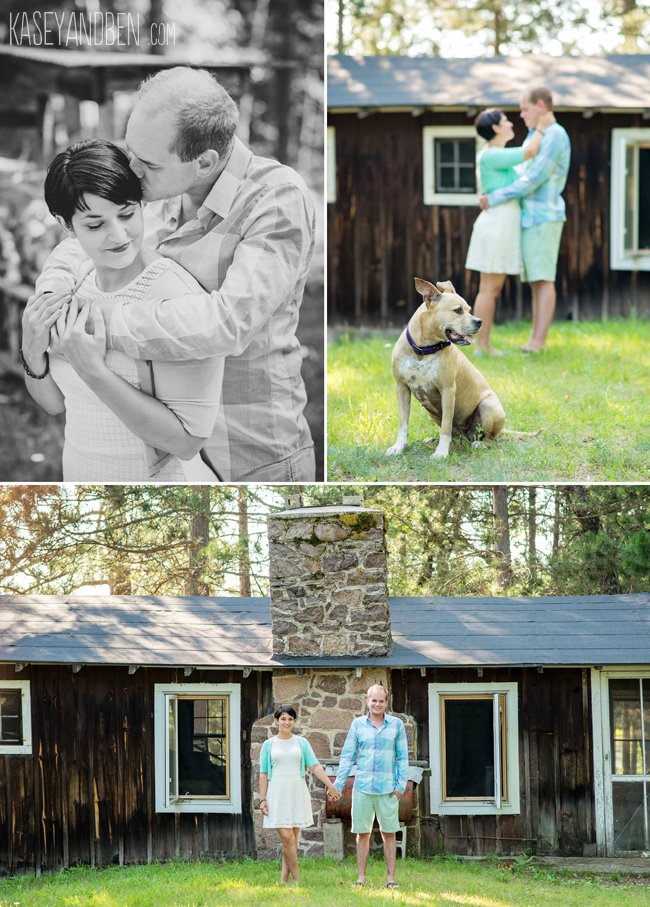 Matt and Chelsea knew each other a long time before they got together. They traveled in the same groups of friends, worked side-by-side, and saw the absolute best and worst days. Their relationship was built before one tried to impress the other, before silly “dating games” took hold, and because of that, it came from a place of understanding and honesty.Â Last year Matt surprised Chelsea with a photography session at her family’s cabin as a gift, but as the session came around this summer, it became more than just a “couples session”. The turn-of-the-century cabin is in the Crivitz area and sits on beautiful Wonder Lake, far into the woods. Â As the session endedÂ on a hot July afternoon and the canoe was being pulled ashore, Matt got down on one knee right there in the lake and asked Chelsea to marry him. She said yes, and we couldn’t have been happier to be there to capture such an important milestone at a place they love best. Congratulations, Chelsea and Matt!

Mallorie and Chris's wedding was the perfect day. It was the most beautiful weather, the most fun bridal party, and the sweetest couple. Add in...

I love being in on the secret when it comes to good news like a proposal. It's even more fun when I know the couple personally. Erick messaged me...