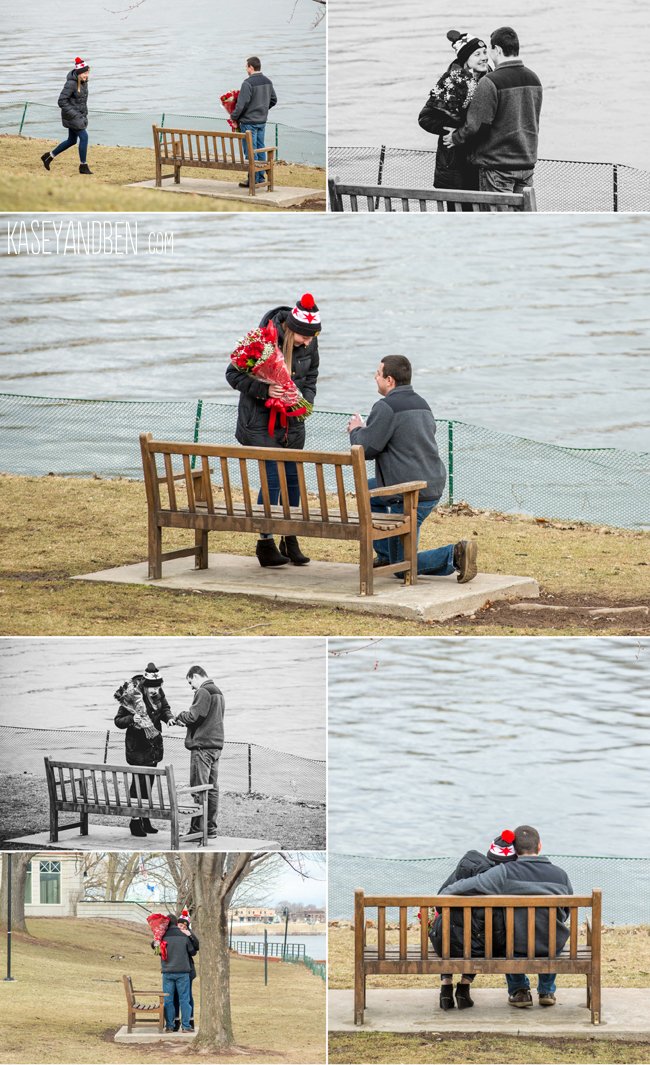 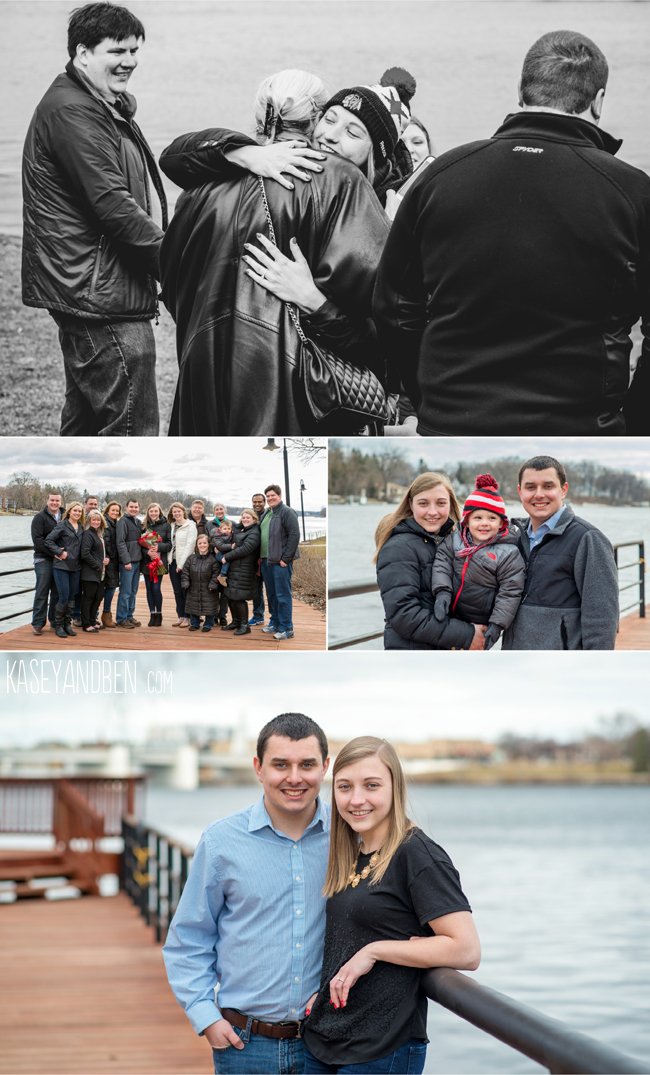 Back in MarchÂ Chris contacted us to photograph his surprise proposal to Carly. After chatting with him, we realized how much of a surprise it was! The couple lives in the Chicago area, but Chris was planning a girls’ weekend with Carly’s friends to get her up to Green Bay without being aware of his secretÂ plans.

Chris and Carly began dating at the beginning of their freshman year at St. Norbert College in De Pere, so even though they now live out of state, proposing to her in the place where it all began was important to him. The date fast approached and Chris was able to coordinate all the many people who were to be a part of the surprise. AsÂ Carly and her friend walked along the Fox River, they turned the corner by the St. Norbert docks to see Chris waitingÂ waiting at the bench where the two of themÂ started dating. In his arms he held three dozen roses, and as she approached, he knelt down and asked her to marry him.

As Ben and I hid behind buildings capturing the moment,Â both their families came from across campus, running down the hill to greet them and spend the weekend in celebration.Â Even with the chilly, cloudy weather, Carly slipped out of her jacket for a little mini engagement session on the beautiful campus where it all began. Congratulations, Chris and Carly!